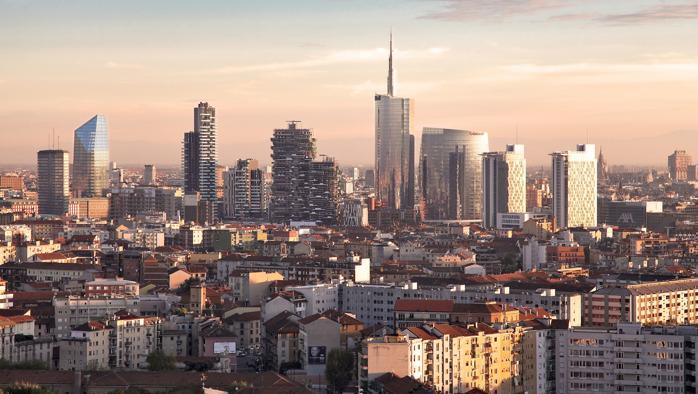 After the acquisition of the futuristic district of Milan’s Porta Nuova by Qatar Holding, would it be possible a new investment like the Costa Smeralda in South Italy?     by Gaetano Chianura

It was 1962 when the Ismaili Prince, Karim Aga Khan, who had been dazzled by the wild beauty of Sardinia, decided to create a realm of glamor from scratch, The Costa Smeralda. The recent acquisition by the sovereign fund of Qatar in Italy has reignited the feelings of that time.

After buying Canary Wharf a few months ago, (The second Headquarters in the City of London for Banks and Global Financial Institutions), the Fund has just raised it’s investment to 100 percent in Milan’s Porta Nuova. Now the Emir Al Thani and the Royal Family are the new lords of Milan.

Qatar Holding, the operating arm of the Qatar Investment Authority, already owns the tallest skyscraper in Europe, the glittering Shard, from whose very luxurious restaurants one can overlook London, can now add to its portfolio the tallest skyscraper in Italy, the Unicredit Tower in “Porta Nuova”, the most innovative district of Milan, which covers 340,000 square meters, with 25 buildings and over 70,000 square meters of offices and retail space, more than 380 luxury apartments, pedestrian areas, cycle paths and a 90,000 square meter park. Porta Nuova is the real Italian Manhattan, the new meeting place for the Milanese. Here we can find works of international renowned designers, including the Vertical Forest designed by Stefano Boeri.

The amount received by sellers (Unipol, Hines, Coima family Catella, and other funds) should be around two billion euro, one of the most important real estate transactions ever in “The Bel Paese”, although well over half of the amount goes to cover past debts.

The operation appears to reflect the inevitable decline in the great continental realtors in Milan and has seen a negative response from the people who see this as a Middle Eastern “colonization”, a new “Islamic Conquest” ( 827 DC).

It should be immediately clear however that the enlightened monarchy of Al Thani has little to do with the fundamentalists of the self-styled “Islamic State”.  The small, arid Arab State has, over the last decade, taken possesion of some of the most iconic companies and most prestigious Estates within the old continent, with the aim of achieving a egemonic role in worldwide Culture, Industry and Finance .

The “soft power “of this rich country,  which has been blessed by nature with one of the world’s largest natural gas fields, is expanding exponentially in the most strategic sectors  of the Western World, like Media Networks, Fashion, Energy, Areonautics,  Finance, International Distribution.

Harrods, Printemps, Barclays, Valentino, the Costa Smeralda consortium, Veolia, Lagardere, Total, Volkswagen, LMVH, are just some of the Fund’s European investments, but generally anything that might enhance the global reputation of the Country, ends up in the hands of the state, whose assets now count for well over a hundred billion dollars, around three of which regards Italy.

The last frontier is football, This adventure began with the sponsorship of Barcelona and with the purchase of France’s famous Paris Saint Germain, and culminated in the controversial, but now final awarding of the World Cup of 2022, for which the country has invested over 100 billion dollars to achieve the building of stadiums, innovative real estate projects and real cities of the future in less than ten years, which will soon mark Qatar out as a highly advanced country regarding architecture and culture.

But while the best of the global management hired by the Royal Family goes back and forth between London, Paris, New York and the great capitals of the world, hunting for trophies and exclusive industrial estates, within  the Country the Emirates live with the contradictions of religion, culture and strategic- military situations (Qatar hosts two US bases) specific to a country that acts as a hinge between the Western bloc and the Middle East.

The Middle East is now highly fragmented, due to the disturbing instability in  Maghreb and Mashreq after the explosion of the Arab Spring and the advent of ISIS, within a framework made even more complex by the generally antagonist approach of Shiite Iran and its local branches as well as by the rivalry of Saudi Arabia with Qatar, which  are (or were) in competition  with each other over  the role of the Sunni bastion of Islamic conservatism.

This last front has recently seen a “tit for tat exchange” of ambassadors within the GCC, first those of the United Arab Emirates, Bahrain and Saudi Arabia in Qatar withdrawn a few months ago to stem the ambitious Qatari design to found a large moderate Sunni area having “The Muslim Brotherhood ” as a common denominator, a faction, the Muslim Brotherhood which appointed the democratically elected President Morsi in Egypt.

Then we have seen the decision of Qatar to recall its ambassador to Egypt after some controversial statements by the Egyptian delegate at the Arab League on the occasion of the recent bombing of General al-Sisi to ISIS strongholds in Libya.

In the background of this great instability in the area, there are also important economic interests at stake, as first the exploitation of  the various natural deposits and a strategy aimed at ensuring  a  safe passage of the gas pipeline from the Northern Fields to Europe.

So as seen so far, not only  huge energy interests, but also industrial and financial interests and these alone can evoke immense strategic importance for Italy in a Country like Qatar.

The rescue of Alitalia by Abu Dhabi has already given the measure of how petromonarchies are saving industrial capitalism and the basic infrastructure of the West.

But the case of Qatar is a bit different. It is a valuable relationship that must be cultivated with an operation system, first through a task force that would allow national contractors to access contracts for the large infrastructure of the World Cup in 2022 and also that it is oriented to the attraction of foreign investment, especially in the tourism sector which could bring great impetus to the Italian system (in this respect the Joint Venture agreement – IQ Made in Italy – made by Qatar Holding with the Italian CDP’s  Strategic Fund) is very positive.

All this is not only because we need it or because it is pecunia non olet, but also because the Emirate has such a sense of beauty, culture, art, to make it the perfect partner for Italy, rich in touristic beauty and cultural values, but also, in spite of everything, even the realm of style and the tradition of manufacturing and the continental tourist agribusiness.

The potential of this meeting between Countries so different but so complementary are simply extraordinary and likely to generate huge synergies that would return, at last,  worldwide respect to the Italian nation. 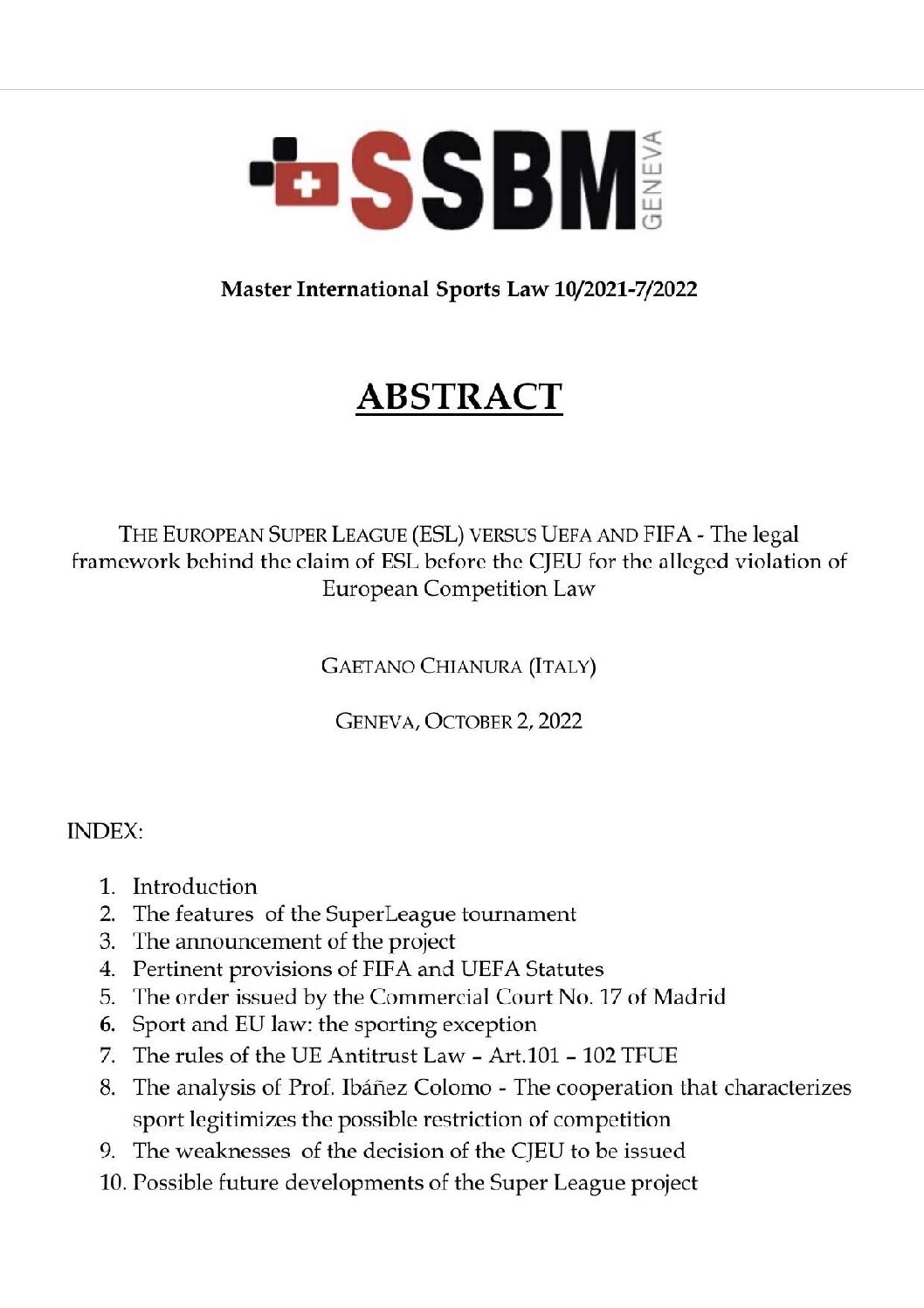 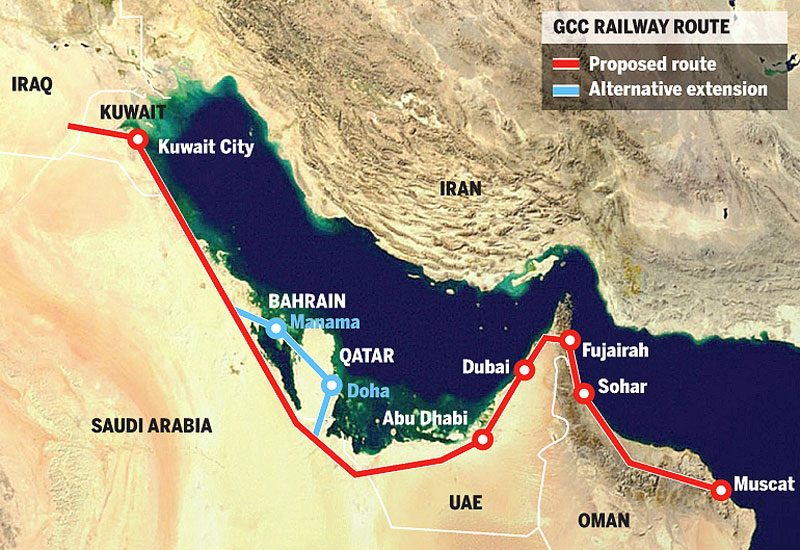 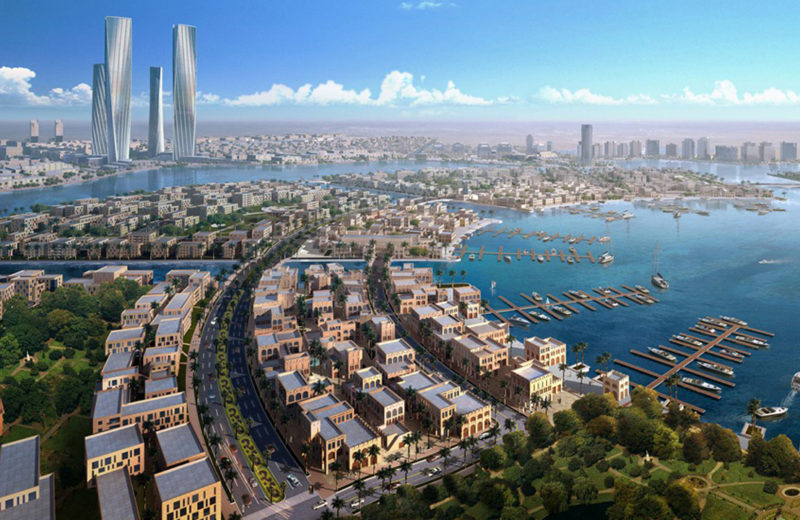 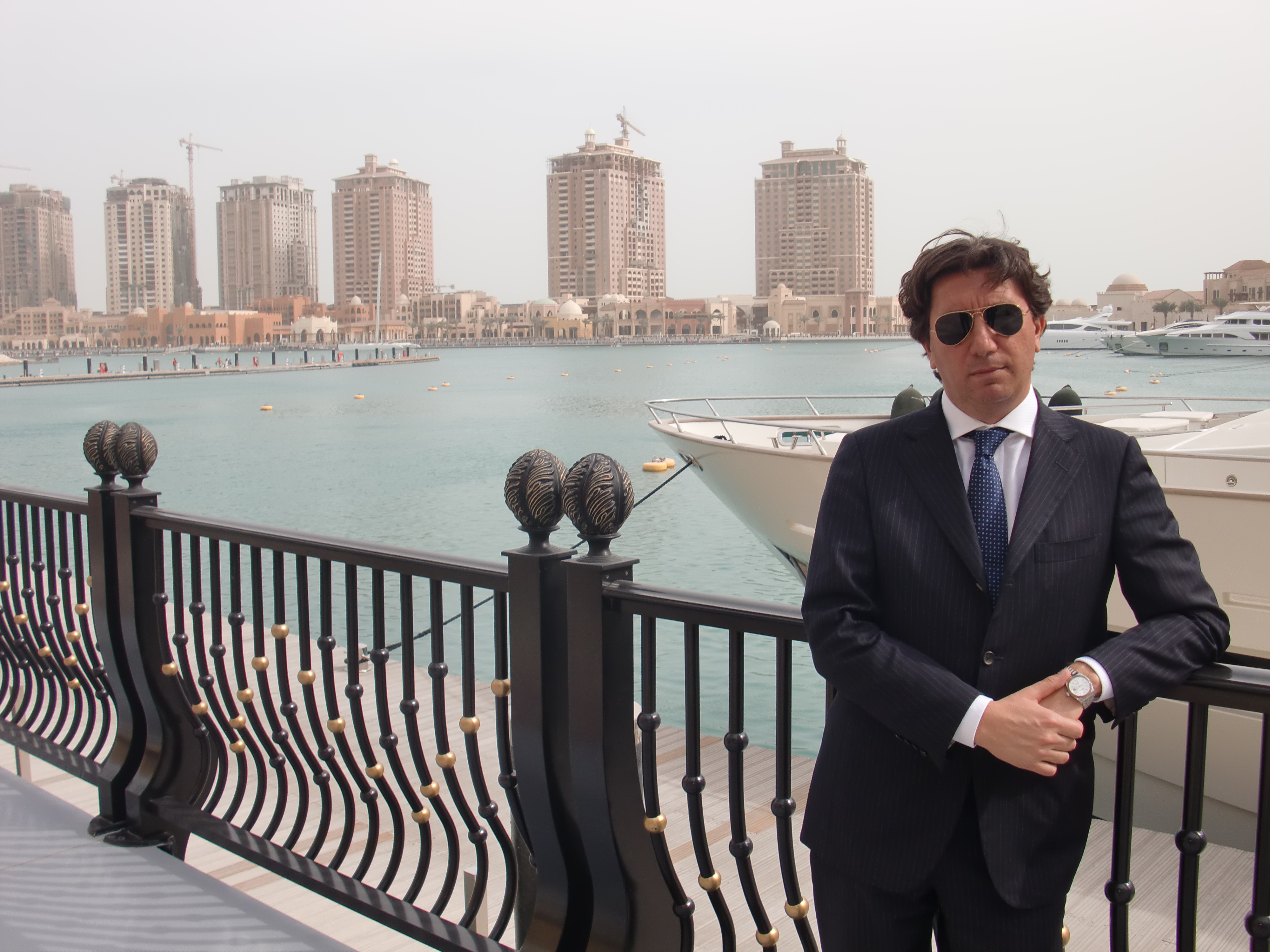 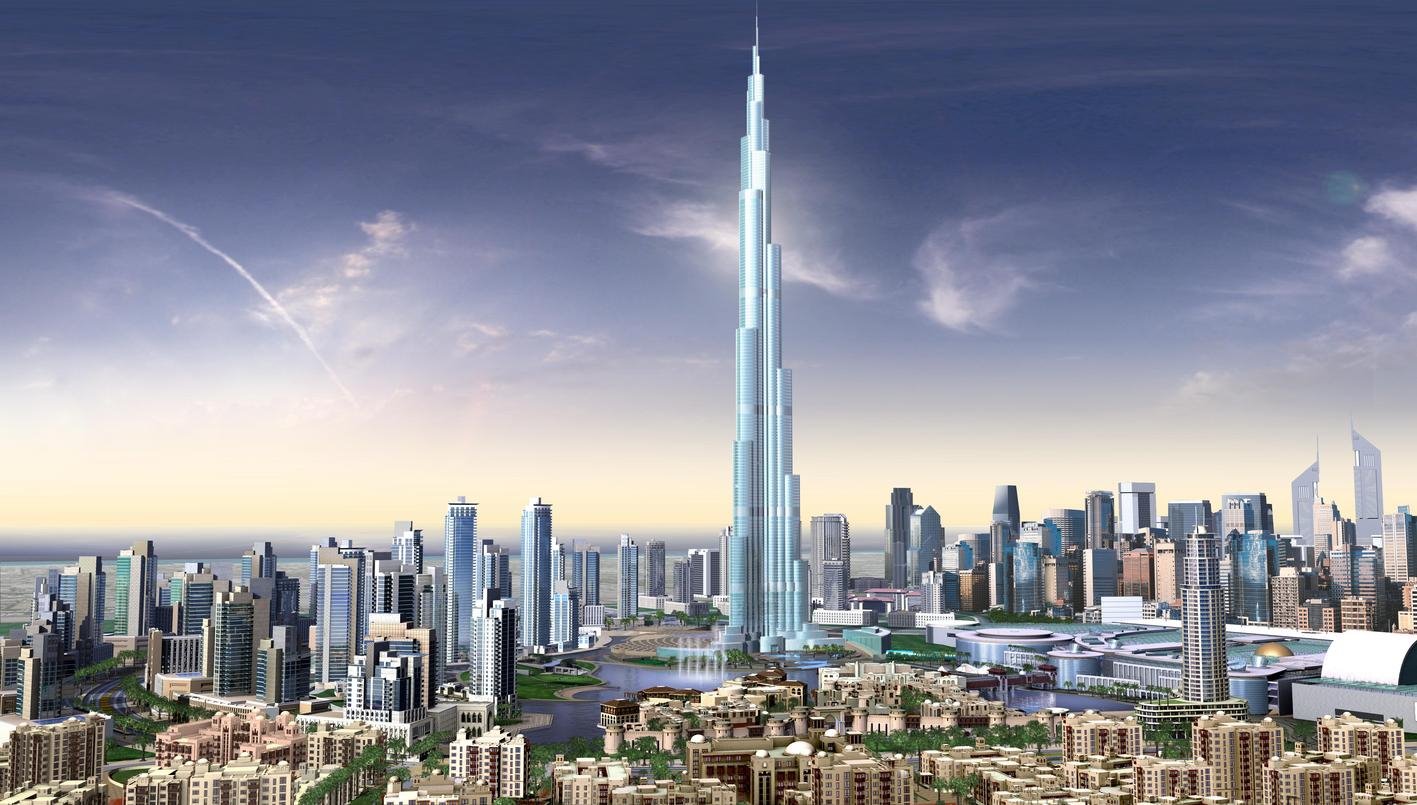 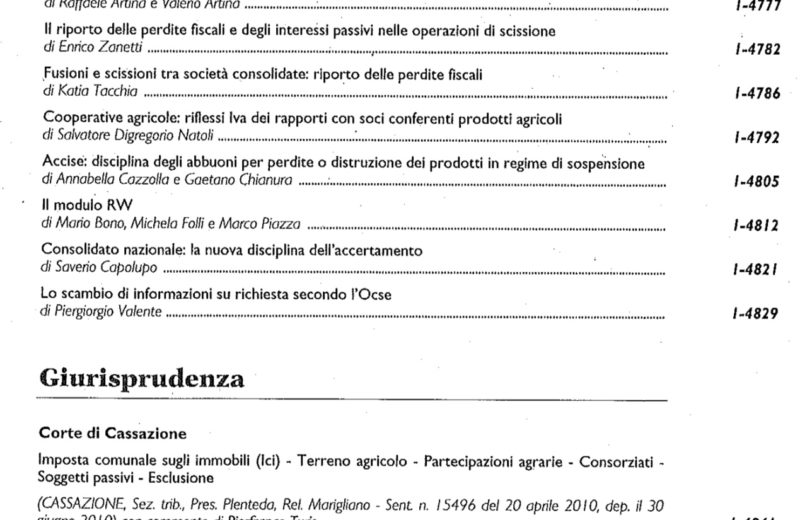 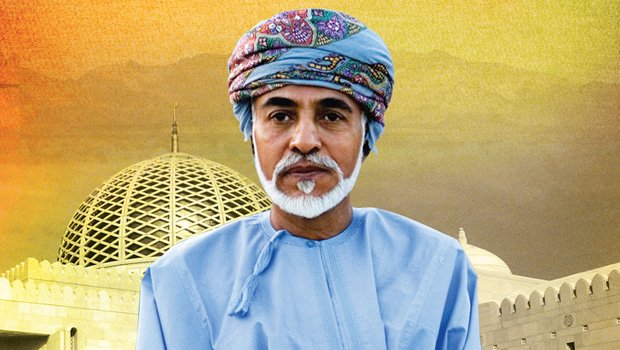 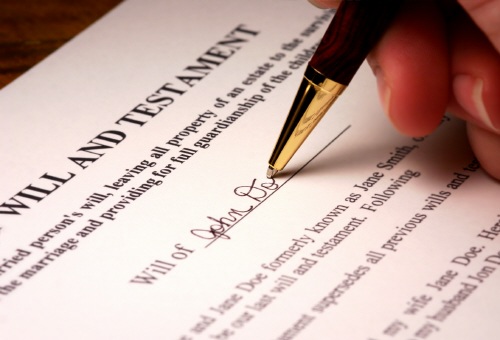 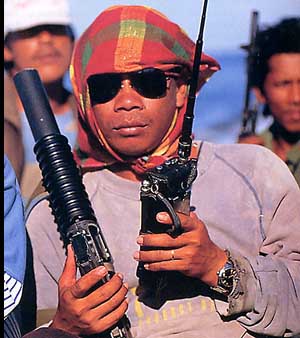